For some individuals, the after-effects of the virus are creating complex illnesses to treat. Long Term effects from viral infections have been documented to include an achy body, pain, brain fog, chronic cough, shortness of breath, and plantation affecting the organs, heart, brain, lungs, and lessening degree, the kidneys. In his 30 years of clinical experience treating chronic fatigue syndrome and fibromyalgia (CFS/FMS), and in his landmark published research on CFS/FMS (published in the Journal of Chronic Fatigue Syndrome), Dr. Jacob Teitelbaum has found that his S.H.I.N.E.® approach is successful in the vast majority of patients. Dr. Teitelbaum, a board-certified internist and nationally known expert in treating complex illnesses, including chronic fatigue syndrome, fibromyalgia, sleep, and pain, believes with some common sense, we will do fine as a nation.

In this episode, learn some encouraging facts:

* Virus mutations and the effectiveness of the vaccine

* The vaccine and your immune system response – a competitive inhibitor.

Here’s an additional list of resources with interviews from Doctors worldwide:

Use of Hyperbaric Treatments for COVID Symptoms

Reversing the Damage from the Shot

On this episode of Health made radio Dr. Michael Karlfeldt interviews Dr. Neisuma, Ph.D. in toxicology, who has 30 years of experience in human exposure to drugs, chemicals, and microbes. He describes the vicious cycle that pharmaceuticals and their side effects pull an individual further and further away from controlling their own health and wellness. In this episode, Dr. Nieusma describes how the MRNA “vaccine” impacts cellular function and how to reverse the damage.

Keeping Us Living in Fear to Sell COVID Vaccine 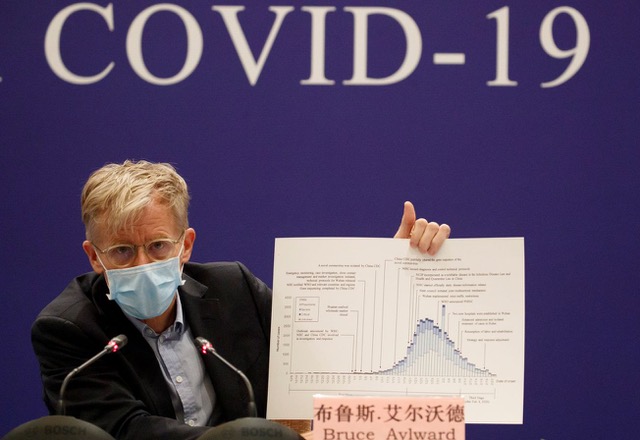 Last month, the U.S. Centers for Disease Control once again extended the COVID pandemic public health emergency declaration, this time until January 11, 2023.26 To justify keeping us living in fear, 27 28 federal health officials are warning ominously that a “twindemic” of a more transmissible SARS-CoV-2 virus mutant strain, combined with an especially bad influenza season, is poised to make more of us very sick this fall and winter if we don’t all get a COVID shot and a flu shot at the same time.29 30  One high-ranking government doctor said with a straight face – “I really believe this is why God gave us two arms — one for the flu shot and the other one for the COVID shot.” 31

But Americans have grown weary of virus porn, and while the majority of Americans have gotten at least one COVID shot, polls show that just 14 percent of children under age five have gotten one.32 33 34 There are signs that Americans are questioning the ever-changing number of COVID booster shots being aggressively advertised by Big Pharma and government officials, who are trying hard to convince us we will need to get a COVID shot every single year. 35 36 37 38 In this very lucrative marketing campaign, the two mRNA COVID vaccine manufacturers, Pfizer and Moderna, raked in 50 billion dollars in 2021 and 2022 alone, with a promise of billions more in profits in the years to come.39 40 41 42

A Weirdly Mutated Virus, A Reactive Biological That’s Not a Vaccine

Those two drug companies are selling a cell-disrupter biological product that is called a vaccine, but in no way resembles any other vaccine that has ever been injected into humans to theoretically combat a weirdly mutated coronavirus, which is acting like no other virus that has ever infected humans. The mRNA biological has been described as “transforming the body into a vaccine-making machine,”43 while one scientist explains that the rapidly mutating SARS-CoV-2 virus is “essentially viral evolution on steroids.”44 But, still, nobody in charge of the COVID pandemic response seems to know exactly where this virus on steroids came from or exactly what kind of damage it – or the genetically engineered components of the mRNA product – are doing to the biological integrity of human populations.45 46 47 48 49 50 51 52 53

The mRNA COVID vaccines are associated with many ugly side effects, especially ones that compromise the blood and heart and can cause death.54 55 Online it has been dubbed the “clot shot”,56 57 even as owners of social media platforms try to shut down all conversations about serious COVID vaccine reactions being reported online,58 59 60 61 62 in the medical literature,63 and to the U.S. Vaccine Adverse Event Reporting System (VAERS).64 65  There have been more than 1.3 million adverse events reported to VAERS after mRNA COVID vaccinations, including heart, brain, and immune system damage and death. These 1.3 million reports represent more than half of all vaccine reactions reported for all vaccines since VAERS became operational in 1990 under the 1986 National Childhood Vaccine Injury Act,66 while less than one percent of all vaccine reactions are reported to VAERS.67

The mRNA COVID vaccine is the most reactive one ever distributed in the U.S. to the entire population.

Are we still in a free country?

Died Suddenly. Have We Poisoned the Most Able Bodied Among Us?

STOP THE COVID SHOTS FOR SCHOOL